Michael Smith was educated in Enfield and was a chorister at Enfield Parish Church, where he studied the organ with Eric Pask. He took a music degree at the Royal College of Music where the late Nicholas Danby was his organ tutor. It was whilst at the college he also took a piano accompaniment course with Robert Sutherland. Michael was Director of Music at Ware Parish Church for twenty years. He is currently Director of Music for three churches which make up the United Benefice of Standon and The Mundens with Sacombe. He leads the all aspects of the churches' musical outreach. He is an Associate of the Royal College of Organists and the Royal College of Music. Michael is a former primary school Headteacher, now working as a freelance musician and educator. 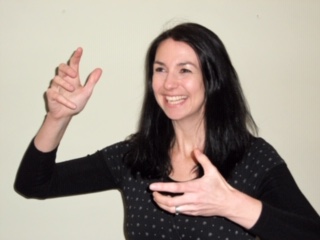 Susie has been working professionally with singers for 25 years. She studied Music at Bristol University, graduating in 1993 and then worked as a Musical Director and pianist in regional theatres and London’s West End for ten years. She also worked as a vocal tutor and MD at Mountview Conservatoire, Rose Bruford College, Arts Ed and East 15 drama schools.

Susie is now a peripatetic piano teacher at Herts & Essex school and professional accompanist for music exams, concerts, music festivals, theatre shows and other local choirs.  She is co-director of the Herts & Soul community choir.